Khandra - There is No Division Outside Existence 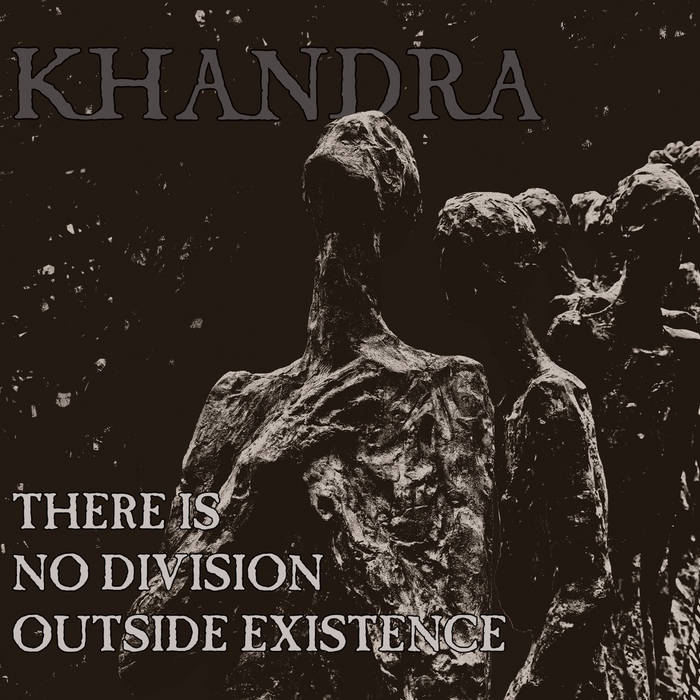 jstpierre Effortlessly goes from atmospheric to fast and melodic territory; from mid-paced back to abrasive dissonant blast-beats. Favorite track: Decaying into the Ascended.

“The concept of the project is the flaw and inability of consciousness to reflect the boundlessness of the nothingness in the frames of reality that (reality) only exists within and in the sanity. It is a sort of an attempt of exceeding the limits of imagination, which makes the lyrics unavailable for criticism from the point of view of logical thinking. The musical vessel here is a result of expression that has no bonds with any personal emotion of social nature.”
- KHANDRA

"From this writer’s perspective, there is tension and turmoil in the music, as well as electrifying ferocity and a kind of sweeping grandeur. It consists of frequently changing drum rhythms that hammer, jolt, blast, and pound, matched with riveting chords and notes that alternately rage, swirl, chime, and boil."
- No Clean Singing
www.nocleansinging.com/2018/09/26/an-ncs-premiere-khandra-decaying-into-the-ascended/

"Armed with a new EP, Khandra’s sound now incorporates even more melody without pulling the reins on their blackened blasts...Khandra introduce an affective hellscape of mechanical rhythms and resounding funeral bells. In the 22 minutes that follow, Khandra’s crisp songwriting uses polished black metal as the foundation of their emotive approach."
- Decibel Magazine
www.decibelmagazine.com/2018/10/10/full-ep-stream-khandra-there-is-no-division-outside-existence/

"The oppression that exudes from Into the Absolute Nothingness is palpable. The uneasy tone builds in pressure, echoing loudly as bells ring out in the background and darkness falls over everything. The entire 3 and a half minutes of Into the Absolute Nothingness is this before the black metal truly steps forward and declares dominance with Decaying into the Ascended”
- Games, Brrraaains & A Head-Banging Life
gbhbl.com/ep-review-khandra-there-is-no-division-outside-existence-redefining-darkness-records-possession-productions/

"The music has all the marks of Mgła’s style, the controlled blast beats, the fast, addictive melodic riffs, the muffled growls."
- Metal Temple
www.metal-temple.com/site/catalogues/entry/reviews/cd_3/k_2/khandra-there-is-no.htm?fbclid=IwAR2ehFDJYRuBxSqRMb7ZgtGvPk72Pf51fSfDZAXBC0qBZsKcGYom5ONaVRY

"Khandra plays sinister black metal with a nihilistic and desolate atmosphere, but without leaning towards depressive black metal. And even though the songs sound grim and the dissonant tones often portray melancholy, there are plenty of catchy riffs to keep the whole still digestible. “
- Lords Of Metal
www.lordsofmetal.nl/en/reviews/view/id/37846

"Ominous sounds rising from the pits of hell ignite the atmospheric and menacing intro titled Into the Absolute Nothingness, before demonic, austere waves invades our ears in Decaying into the Ascended, where Dmitry shows no mercy for his stringed weapons, delivering cutting riffs and thunderous bass lines while Vladimir gnarls like a true creature from the underworld. Put differently, it’s a very melodic and electrifying hybrid of old school Black Metal with contemporary Atmospheric Black Metal, with its hellish blast beats adding an extra touch of aggressiveness to the overall musicality, ending in a tribal and visceral way. "
- The Headbanging Moose on Khandra's "There is No Division Outside Existence"
theheadbangingmoose.wordpress.com/2018/12/11/album-review-khandra-there-is-no-division-outside-existence-ep-2018/

Khandra was formed in July 2017, their first offering conjured quickly in October of the same year by means of their critically acclaimed debut EP "All is of No Avail". Progressing in their own unique interpretation of desolation, the cryptic entities of DMTR and LDZMR holed themselves up in the winter of 2018 to invoke and expel their second revelation... "There is No Division Outside Existence".

Within the ethos of Khandra, there is no place for personality...there is no "I, you, me, my" and so forth. Khandra is a pure musical manifestation that can only be illuminated through experience. All one needs to do is listen...