Khandra - All is of No Avail 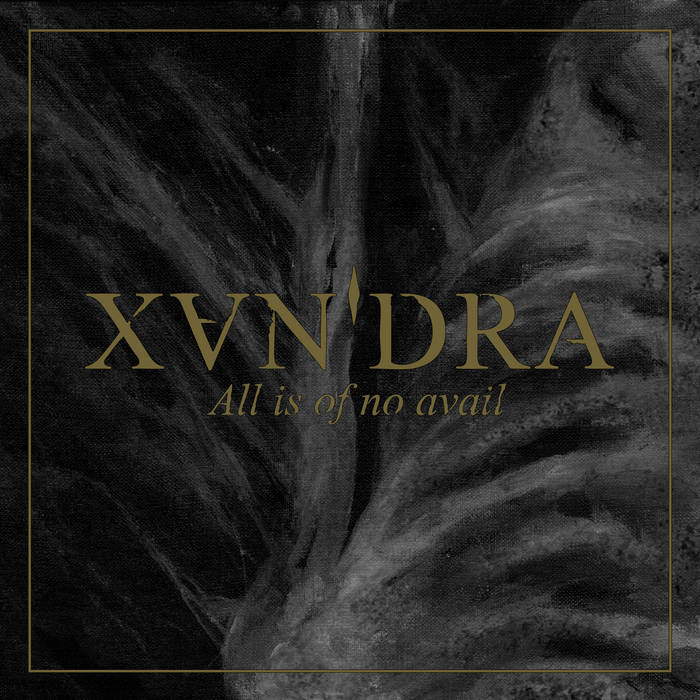 Wolf von Wolfenstein Intense debut EP! Both songs bleed dark atmosphere. Hostile vocals and mesmerizing melodies will command your attention! Buy this, it's worth it! Favorite track: Where Death Has Settled in Life.

I am Black Hill

Shrouded in mystery, seeping with malevolence, and cloaked in darkness, KHANDRA have already enveloped the underground with a haunting overcast of misanthropic power. A beast that fuses harshness, melody, and extremity, KHANDRA's reign of terror has just begun and your prayers for relinquish are of no avail. ALL IS OF NO AVAIL !

"...dark and intense music… made even darker and more intense by the cruelty of the vocalist’s hostile growls and rising wolf-like howls of passion. But also very accomplished music, very effective at commanding the listener’s attention, and they easily catch hold in the head."
-Islander, No Clean Singing
www.nocleansinging.com/2017/10/10/an-ncs-premiere-khandra-all-is-of-no-avail/

"So it’s nice to have bands like Khandra around. The Belorussian duo has been quiet on personal details, but loud on creating quality, memorable black metal. Yes, they create a lot of atmosphere on “Where death has settled in life,” but they still mold the guitar parts in a way where you can still hear what the hell is going on. And as this is not a fresh, new style by any stretch, it’s heartening to hear a new band capable of making an example of it that’s worth listening to – getting stuck in your head and then playing again and again."
- J. Andrew Zalucky, Decibel Magazine
www.decibelmagazine.com/2017/11/03/khandra-settles-death-life-debut-ep/

"..it flattens you with it's overwhelming power."
-Steve Thomas-Green, AntiChrist Magazine
antichristmagazine.com/review-khandra-all-is-of-no-avail/

" “All Is Of No Avail” could well be a late candidate for both extreme metal’s “Best Newcomer’ and “Best EP” of this year. "
- James Williams, This Noise is Ours
www.thisnoiseisours.com/2017/11/khandra-all-is-of-no-avail-ep.html